What is Bloom syndrome?

Bloom syndrome is a rare genetic disorder characterized by impaired growth and an increased risk of infections and cancer. A person must have two variants in the BLM gene, or two copies of a variant, in order to have this condition. People with just one variant in the BLM gene are called carriers. They’re not expected to have Bloom syndrome themselves, but they could pass their variant on to their future children. 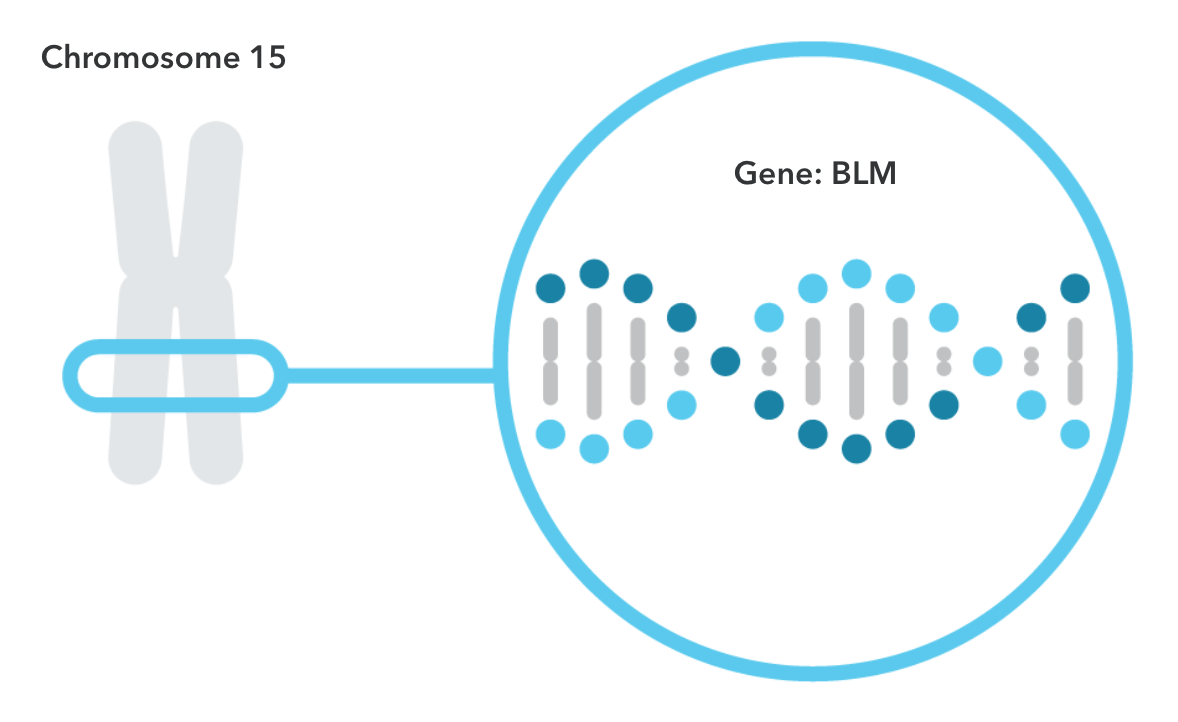 What are the symptoms of Bloom syndrome?

Bloom syndrome is most common in people of Ashkenazi Jewish descent.

*The 23andMe PGS test uses qualitative genotyping to detect select clinically relevant variants in the genomic DNA of adults for the purpose of reporting carrier status and reporting and interpreting genetic health risks. The relevance of each report may vary based on ethnicity. Our carrier status reports can be used to determine carrier status, but cannot determine if you have two copies of any genetic variant. These carrier reports are not intended to tell you anything about your risk for developing a disease in the future or anything about the health of your fetus, or your newborn child’s risk of developing a particular disease later in life. For certain conditions, we provide a single report that includes information on both carrier status and genetic health risk. The Bloom Syndrome Carrier Status report is indicated for the detection of one variant in the BLM gene and is most relevant for people of Ashkenazi Jewish descent. For important information and limitations regarding each carrier status report, visit  https://www.23andme.com/test-info.